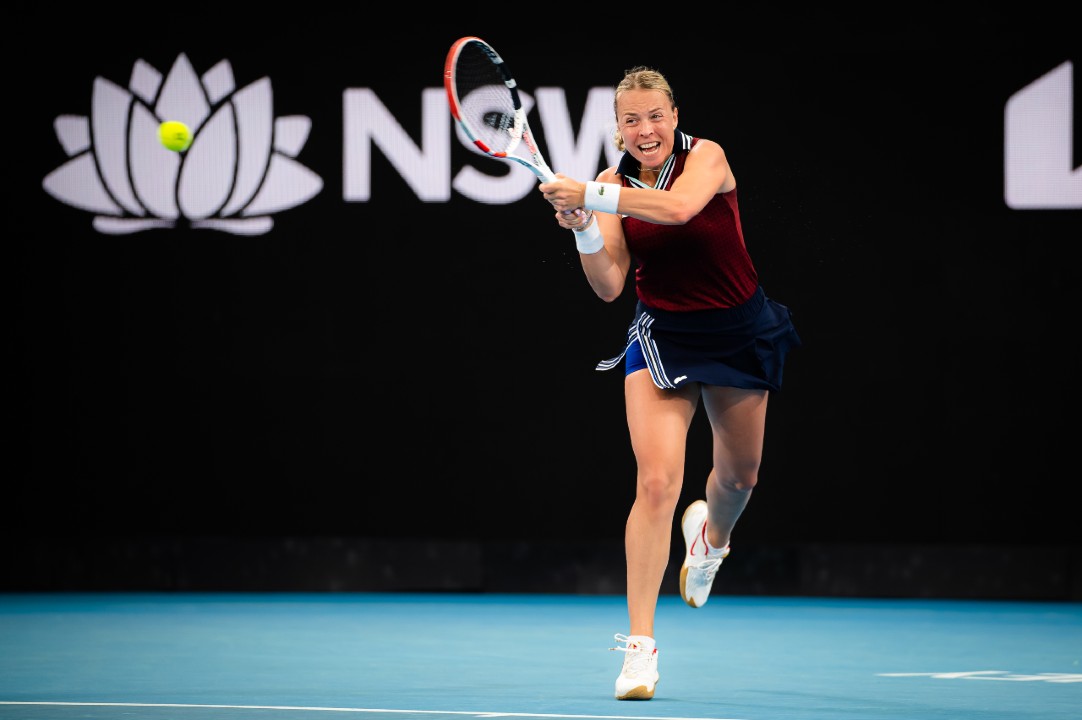 Clare will be working as a Supervisor in Tallinn Open 2022.

Clare competed on the WTA Tour for over 10 years from 1986 – 1997, reaching the top 100 in singles and top 60 in doubles. During that time she represented Great Britain in the Billie Jean King Cup, Wightman Cup and 3 Olympic Games.

Tennis has always been a part of Clare’s life from the age of 2 she was addicted to swing ball in the garden and progressed from there! Born and living in South Africa for the first 10 years of her life she loved sport and being outdoors and tennis was just 1 of the many activities she participated in at school and in clubs.

After her career as a professional player Clare moved into a coaching role for the LTA for 2 years, before a chance encounter with Brenda Perry (former WTA Tour Supervisor) at Wimbledon 1999 led her to a role in officiating and working for the WTA. Clare first worked as a Supervisor from 1999 – 2003, then returned to the same role again in 2020.

When Clare was not working for the Tour she worked in a number of roles within the world of tennis, including being the Sport Manager for the Olympic and Paralympic Games in London 2012, which to date has been one of the highlights of her career. In total, including as an athlete Clare has attended 8 Olympics. From 2000 to 2019 Clare was also an Assistant Referee at The Championships, Wimbledon.

Clare is passionate about the sport of tennis and still plays when she can.

Konstantin is coming from Riga, Latvia.

He started officiating when he was a junior player (If you won a match you must to umpire next match!). Official start was 1999, when he was involved in a ETA tournament as an “off-court umpire”,  and after one day of work, he became the assistant of referee. He passed the 2003 Level 2 School in Vilnius, Lithuania and became a ITF White Badge Chair Umpire and Referee. In 2010 he passed the Level 3 School in London, Great Britain and became a ITF Silver Badge Referee.

“I have done my first international tournament as a Referee, outside of my home country, in Estonia, it was in year 2005, so Tallinn is a special place for me where international career has started. I’m very happy that Tallinn is on WTA map now and we all are part of the history of Estonian Tennis”.

Kath Lovell from Macclesfield (near Manchester) Great Britain. She began working as an official just before she went to University and she has been a full time official since 2005.  She is an ITF Silver Badge Chief and Referee and a White Badge Chair Umpire.

Gained Chief Silver Badge in 2010 and has worked as a Chief Umpire at:

Kath said: “I was honoured to be invited to be the Chief Umpire of the first WTA Tallinn Open 2022. It has been a very exciting opportunity for me to work outside Great Britain and I have really enjoyed working with the Estonian Tennis Association in the preparations for the Tournament.  We have a strong multinational team of Officials including 14 Estonian Officials.  It will be my first trip to Estonia, so I am really looking forward to working with the team but I also hope to have the chance to visit Tallinn as I have heard many good things about the city”.

Kath Lovell will be working for Tallinn Open 2022 as Chief Umpire looking after the team of Chair Umpires and Line Umpires.